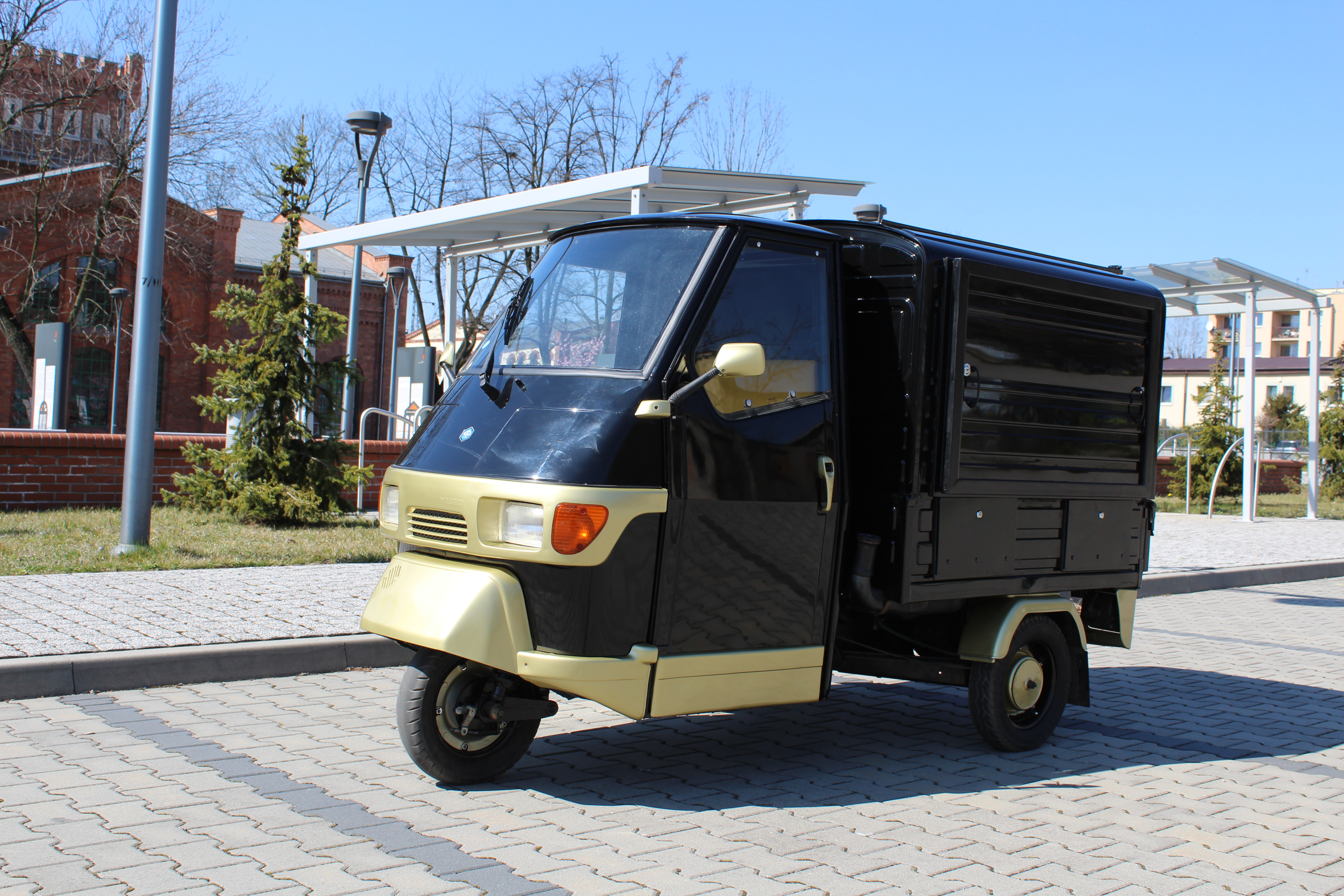 We present another project of a prosecco van that we have carried out for our client. With a clear conscience we can say that it was the most complicated project we have done so far (we also hope that the future will bring even greater challenges). The base for the project was Piaggio Ape 50, but this time a contemporary model from 2005 came to the workshop. This model differs visually from scooters from the 80’s in terms of front belt, 2 lamps and more decorative plastics. According to the customer’s wish, we made the project on the original body, which was sold to Piaggio Ape 50. This body is characterized by its original shape and embossed sheet metal. The body of Piaggio was subjected to a complex sandblasting, tinsmithing and polishing works were also carried out. The choice of colours was made in the shade of black with golden additives to the body. The interior of the prosecco van was equipped with new leather upholstery in a shade similar to the body elements. The main part of the prosecco van’s bar is made of wood, the flap that covers the bar’s part, during use, is mounted on the roof, creating additional space for advertising. Undoubtedly, the biggest visual attraction of the bar part are the ‘sunken bottles’ which we additionally illuminated with light bulbs (the illumination effect in a dark room is enchanting). A beautiful golden pouring column that comes out of the bar’s counter is the ‘cherry on top’. Under the bar section we made 2 shelves for glasses. The main part of the bar and the lower shelves additionally have the possibility of LED lighting with a variable light colour. The rear part of the structure is equipped with a folding table, which is designed to make it easier to make drinks based on prosecco. The other side of the construction is additionally equipped with a refrigerator for wine bottles.